Barrett-Jackson and others in Arizona Auction Week break expectations with $266.7 million in sales 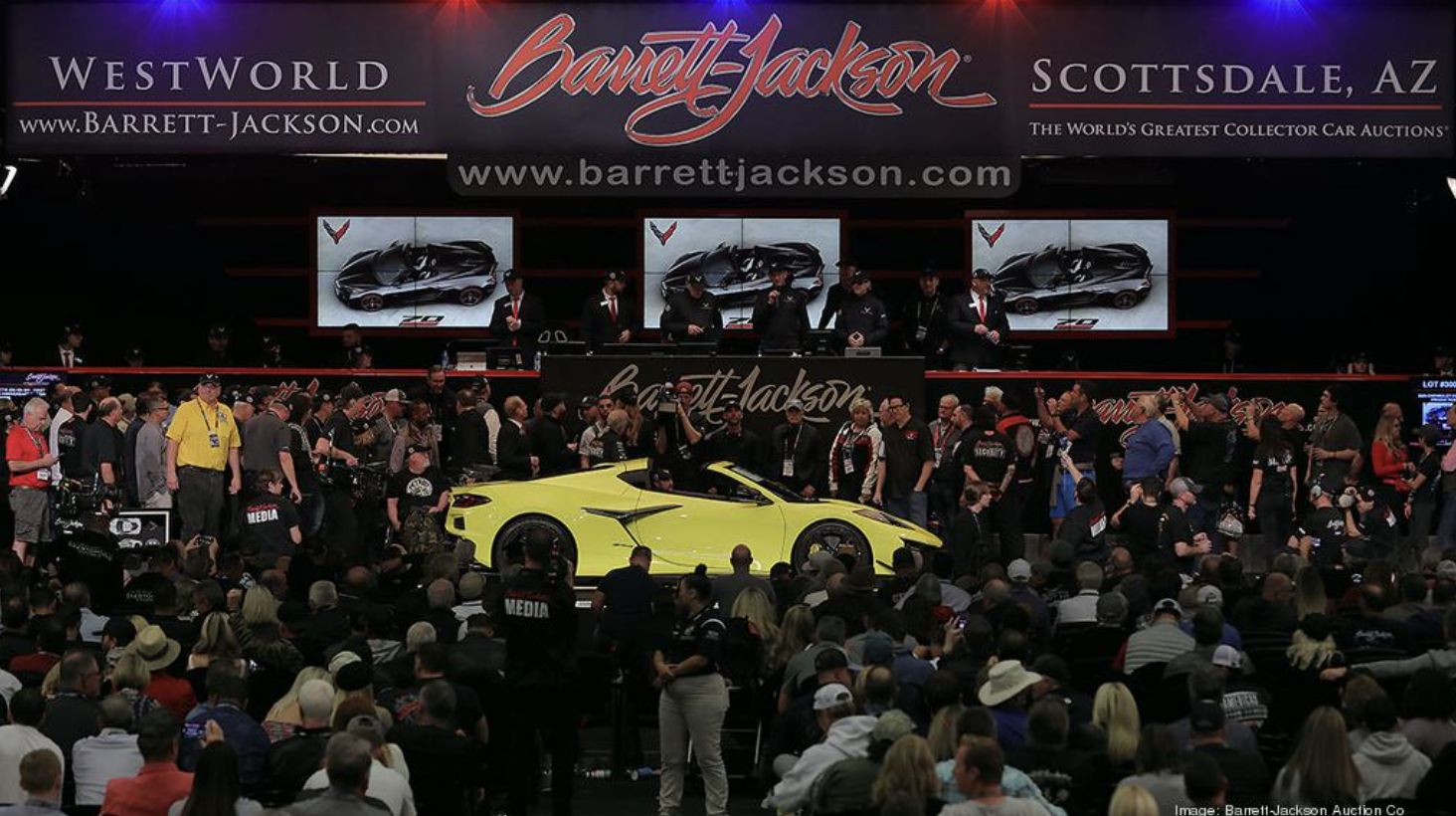 There were some questions going into the 2022 Arizona Auction Week: How will fewer cars for sale impact the auctions? Will the rise of online auctions hurt live events? Will inflation and stumbling financial markets impact sales?

Well, the answer is clear, the collector car market is as strong as ever, there is a ton of demand and people are willing to pay top-dollar right now.

For the five auctions that took place in Arizona this past week, a total $266.7 million was spent on collector cars, according to insurance company and market watcher Hagerty, which forecasted $211 million in sales. A total of 2,107 cars were sold at last week’s auctions. This was the second highest grossing Arizona Auction Week ever, behind the $307.3 million of 2016.

“Despite audiences numbering tens of thousands for certain online lots, live auctions can still create the right atmosphere for a win-at-any-price attitude,” Hagerty wrote in its report on Arizona Auction Week. “In just the first month of 2022, among vehicles (defined as year make model) sold at auction, we’ve seen a record set for 29% of them.”

The biggest of the live auctions was Barrett-Jackson, which sold every one of the 1,857 vehicles that went across its auction block last week. The auction accounted for $195.9 million in cumulative car sales.

Barrett-Jackson also raised $8.8 million for different charities with its donated cars including a 2023 Chevrolet Corvette Z06 Coupe that sold for $3.7 million. That was also the highest- priced car sold at Barrett-Jackson for the week and the second highest one sold for the week.

The top-priced car for Arizona Auction Week was a 1955 Mercedes-Benz 300SL Aluminum Gullwing Coupe, which sold for $6,825 million at the RM Sotheby’s auction. RM Sotheby’s sold a total of 66 vehicles for a total of $43.3 million.

Worldwide Auctioneers sold 72 lots for a total of $9.7 million with a 1929 Duesenberg Model J Derham Sedan being the highest-priced item at $2.26 million.