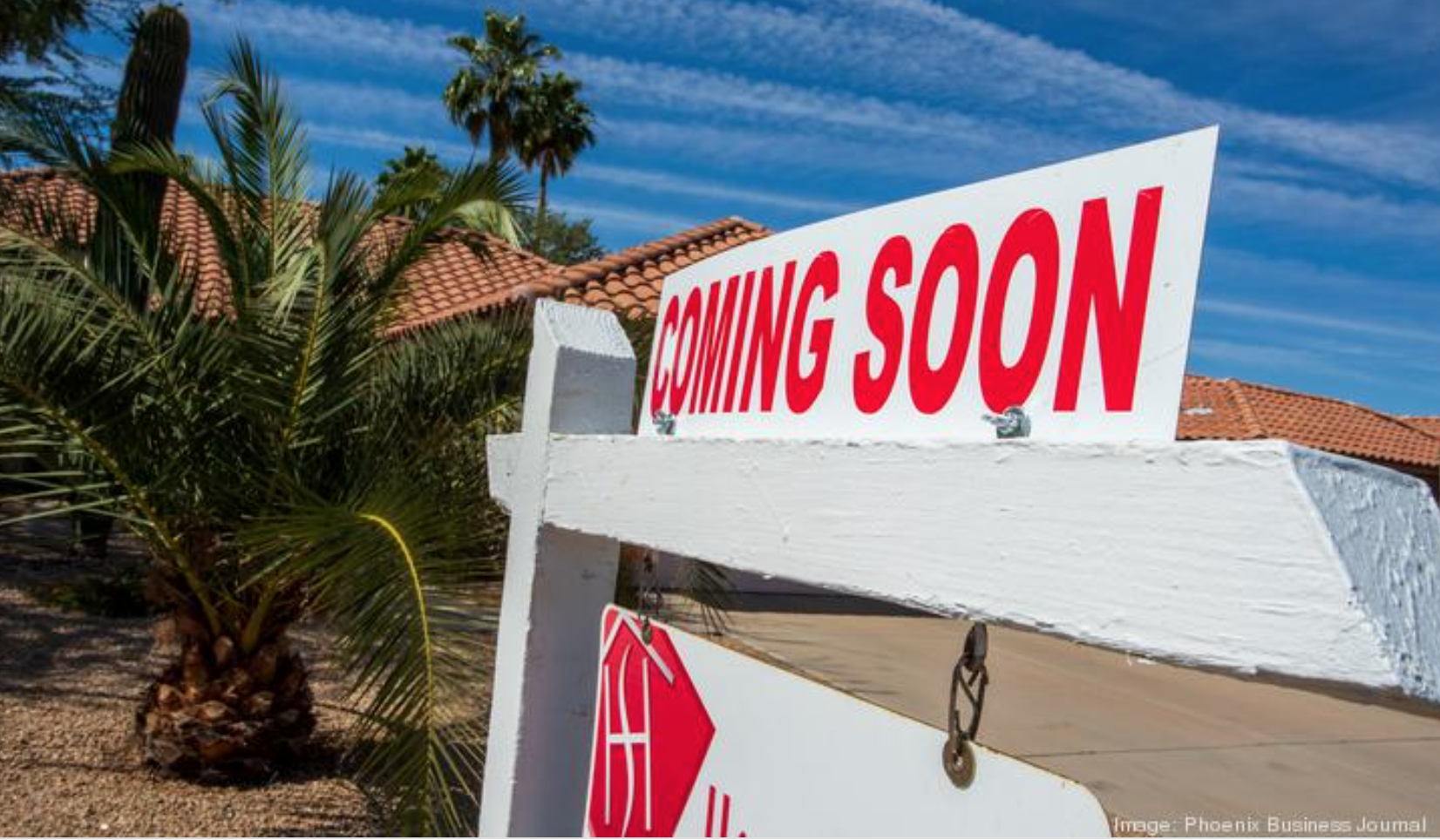 The Phoenix metro housing market is seeing some of the nation’s highest number of homebuyers backing out of deals, along with one of the biggest declines in bidding wars, according to research from real estate platform Redfin (Nasdaq: RDFN).

In one analysis of MLS data released Sept. 26, Redfin found that 21.6% of buyers in the Phoenix-area market called off deals in August, which was the sixth-highest rate out of the top 50 U.S. markets.

Phoenix wasn’t alone among Sun Belt cities, which claimed the top 15 spots on the list, with the top 10 all seeing rates higher than 20%. The national average of buyers backing out of contracts was 15.5%, which is roughly the rate seen over the past three months, Redfin said. A year ago, the rate was at 12.1% nationally.

“House hunters today are taking their time and exploring their options, whereas six months ago, they had to act quickly and pull out every stop to compete because homes were selling almost immediately,” said Tzahi Arbeli, a Redfin real estate agent in Las Vegas, in Redfin’s report. “Homebuyers now will agree to buy a house and be doing the inspection, and then back out because they found another home they love more.”

The analysis said buyers these days may have more flexibility to back out because as the market slows they don’t have to waive contract contingencies in order to compete with other buyers, as they did last year.

That hearkens to the findings in Redfin’s other recent report, which showed a slowdown in competition among buyers in Phoenix and across the nation.

In the Valley, 26.4% of homebuyer offers written by Redfin agents faced competition, which was just a slight dip from July’s 26.9% rate but was less than half the 57.9% rate from a year earlier.

Bidding wars have been declining nationwide for seven straight months, Redfin said, following general trends of the cooling market. Nationwide in August, 44.6% of home offers written by Redfin agents faced competition, which was down from 63.5% a year earlier.

In both reports, Redfin pointed to surging mortgage rates, finding that the average 30-year-fixed mortgage rate was at 6.29% a week ago, the highest level since 2008. That means buyers are facing monthly mortgage payments that are 45% higher than a year ago, Redfin said.

“And some prospective buyers have decided not to purchase a home because they’re worried home values will fall,” that report said.