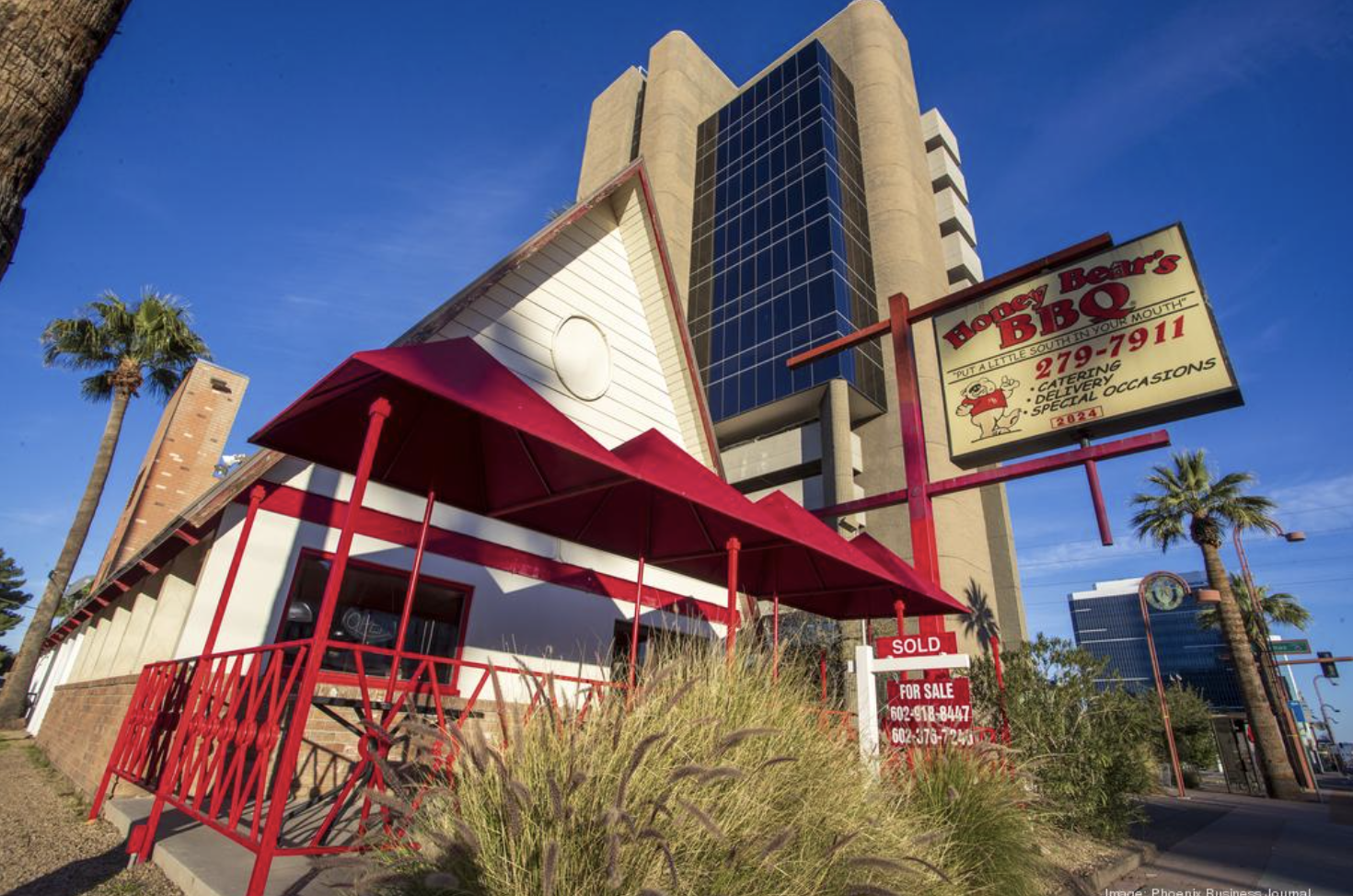 Valley barbecue favorite Little Miss BBQ is growing its Phoenix footprint by buying the location of another barbecue staple, the Honey Bear’s BBQ restaurant on Central Avenue near Thomas Road.

“We’ve been going through the issue of how do we grow smartly,” Scott Holmes, owner of Little Miss BBQ, said. Holmes had been looking at a large location, about 8,000 square feet, in Chandler, but the construction costs were so high, and “the thought of hiring 35 to 40 people to run it was daunting.”

According to real estate database Vizzda, Little Miss BBQ bought the 2,400-square-foot Honey Bear’s restaurant at 2824 N Central Ave. for about $1.48 million. Holmes said Honey Bear’s will continue to operate through the first week of March, and then Little Miss BBQ will come in to “demo pretty much everything inside.”

“I’m a sucker for old buildings,” Holmes said. “We have our Seventh Street location, and this is a cool, A-frame building. I remember being 19 years old and going to Honey Bear’s, I loved that place when I was younger. They have been an institution in the Valley.”

Like most restaurants, Holmes said the Covid-19 pandemic forced Little Miss BBQ to rethink its operations and do more takeout and preorders. While the restaurant has a “great crew” of employees, Holmes said it remains difficult to hire staff. Holmes said when he opened Little Miss BBQ, he never wanted it to be a place that was open late or seven days a week, and wanted to emphasize quality of life and work-life balance for employees.

The location on Central and Thomas will be the third location for Little Miss BBQ. Its original location near 44th Street and University Drive and the Sunnyslope location on Seventh Street and Townley Avenue remain open. Holmes said the company is aiming to have the central Phoenix location open to customers around August.

Honey Bear's also operates a restaurant at 5012 E Van Buren St., which will remain open. Gary Clark, co-owner of Honey Bear's, said he will be scouting out another location for Honey Bear's, likely on the east side of Phoenix.

"I'm going to take our operation and look for a new site," Clark said. "We are going to pass the baton on to Scott and let him do his thing at the Central location."

Clark said Honey Bear's has had the location on Central since 1997, and now wants to do something different. Clark said the new location being planned will likely be something more "quaint" than the Central location.