One Arizona ZIP code ranked among most expensive US neighborhoods 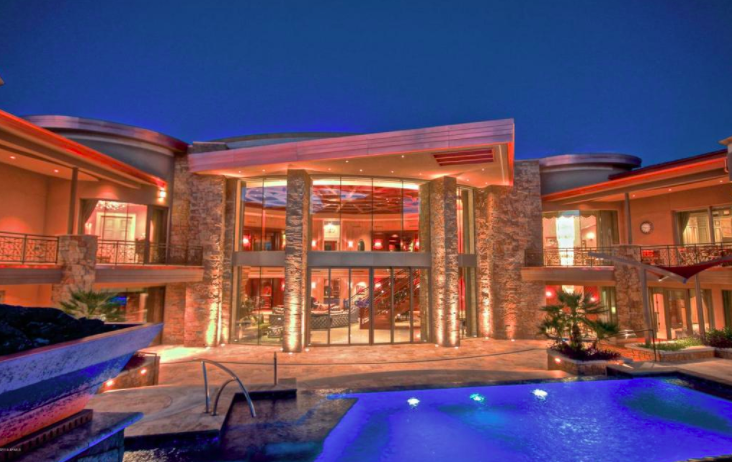 The 85253 ZIP code of Paradise Valley had a home price increase from a year ago that far surpassed the national average, based on listing data. As a whole, the most expensive ZIP codes in the U.S. are 7.1% more expensive than last year, according to the report.

No other Arizona ZIP codes made the top 100 list, said Shane Lee, data analyst for New York-based RealtyHop, which published the study for the second year in a row.

Compare that with California, which had 63 ZIP codes make the list, followed by New York, which had 20 ZIP codes on the list and New Jersey, with five. Atherton, California, once again was the most expensive ZIP code in the nation, with a median price of $8.95 million, an increase from $8.65 million in 2020.

"Generally speaking, the past year has been a remarkable year for real estate," Lee said.

Nationally, home prices have gone up in major cities and suburbs, she said.

"Arizona is one of the key markets that has seen tremendous growth, and such growth has been particularly strong in Phoenix and the surrounding suburbs, including Paradise Valley," Lee said.

Across the country, high-end homes have gotten even more expensive, as a result of the coronavirus pandemic, she said.

"Since Covid, more people moved to Phoenix and the nearby affluent communities from other states such as California, as they no longer need to commute to the office daily and have the financial stability to afford larger homes with more amenities," she said. "Such migration supported stronger demand, which then drove up the prices. We are likely to see such trends continue until supply catches up."

Metro Phoenix topped the nation in home price growth in August, with a 33% year-over-year gain, according to the latest S&P CoreLogic Case-Shiller Indices.

That is markedly higher compared to the national index of home price growth, which saw a 19.8% increase.