Scottsdale homebuilder closes on land that will net 1,111 new homes in Maricopa 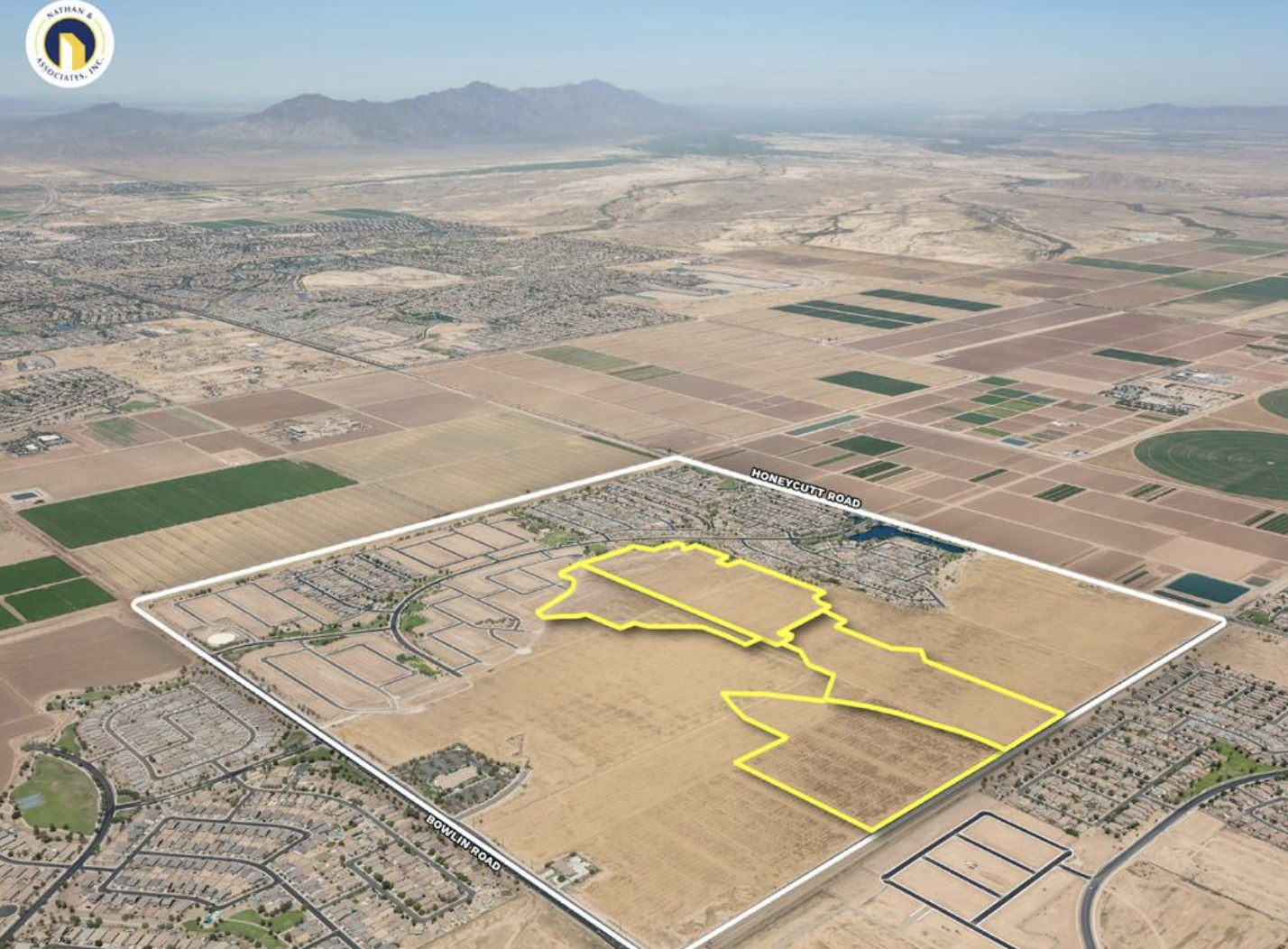 Meritage Homes Corp. (NYSE: MTH) just scooped up 300 acres in the city of Maricopa, a growing part of the Valley that has become popular with homebuilders.

The Scottsdale-based homebuilder already has two active communities in Maricopa — The Lakes at Rancho El Dorado and The Trails. This new community will include 696 homes ranging between 1,282 and 2,700 square feet and prices ranging from the $340,000s to the $450,000s, said Tyler Champlin, vice president of land acquisitions for Meritage.

The city of Maricopa is within Pinal County and is about a 26-mile drive south of the Sky Harbor International Airport.

Sales are expected to begin during the summer of 2023. Plans call for including a 3-acre park that will include a play area, pickleball courts, ramadas, barbecues, cornhole areas and a basketball court, Champlin said.

"With Phoenix, and more specifically the southeast Valley, seeing the job and population growth, buyers are being priced out of Chandler, Gilbert and Queen Creek," he said. "Maricopa provides that more affordable option with the same great sense of community."

Champlin said grading and land development efforts will begin in April, with sales expected to begin in 14 months.

Brokered by Nate Nathan and Joe Colucci of Scottsdale-based Nathan & Associates Inc., Meritage paid $30.8 million for the land totaling 1,111 lots, then turned around and sold 415 lots to TerraWest Communities LLC.

Both deals closed simultaneously on Feb. 2.

Michael Jesberger, principal for Phoenix-based TerraWest Communities, said he plans to develop and sell those lots to builders in the future.

"The timing depends on demand," he said.

In December, TerraWest bought 300 acres in Maricopa called Hartman Ranch, where the developer plans to entitle the land and break ground by mid 2023 for a 1,200-acre master-planned community, Jesberger said.

"We purchased the lots because we are bullish on Maricopa, given all the economic activity in Maricopa, Casa Grande and the southeast Valley," he said.

Nathan and Colucci will market those lots to homebuilders, said Nathan, designated broker for Nathan & Associates.

"With the water issues of Pinal County and the southeast Valley and the lack of affordability, the San Tan Corridor and Maricopa have exploded over the past several months, especially since they all have available infrastructure — sewer and water," Nathan said.