Undersupplied: Here's how many apartment units are being built in Phoenix 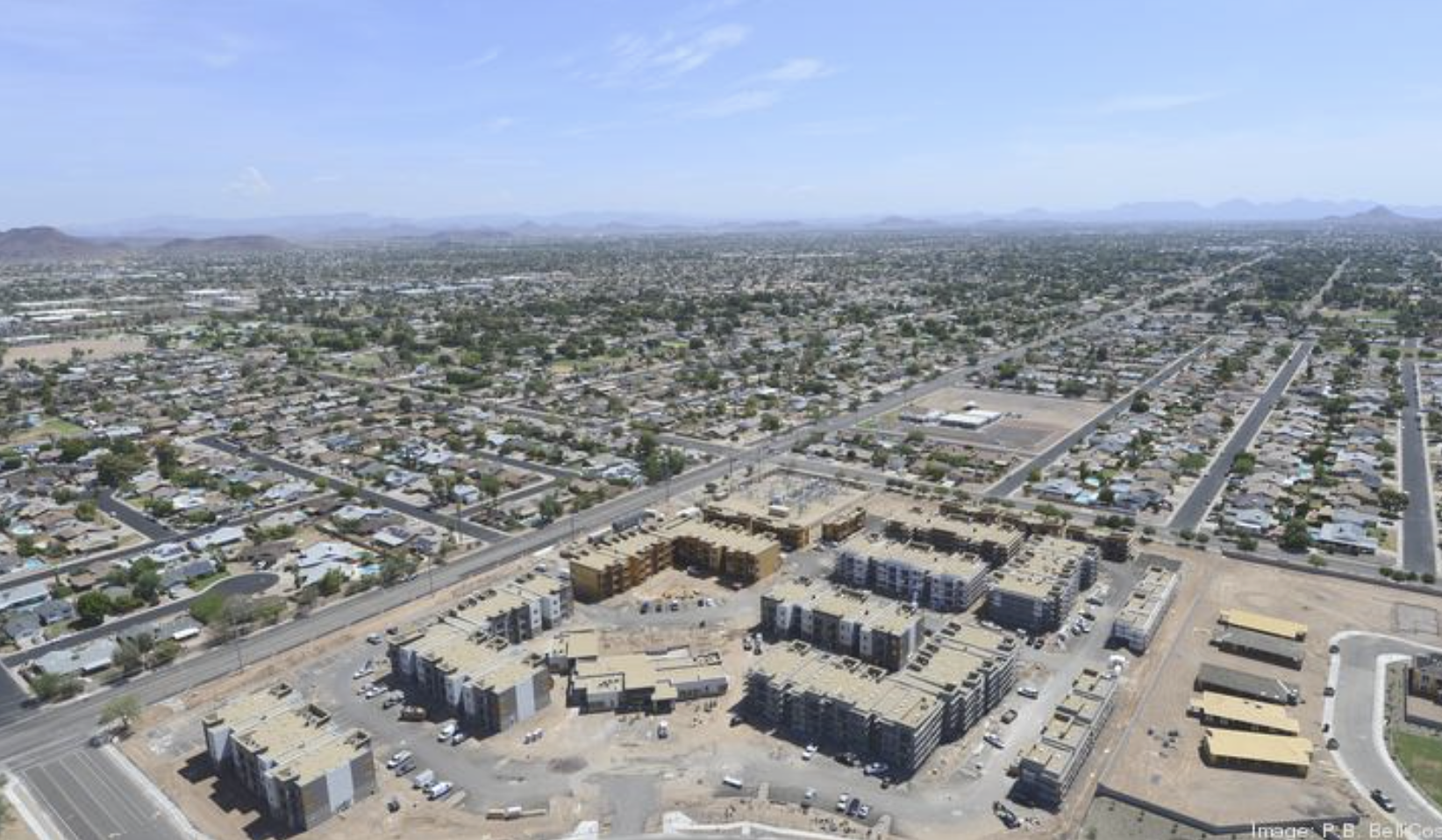 As these projects come to fruition, the CEO of Scottsdale-based P.B. Bell Cos. continues to scout for land.

"We believe in the strength of the Phoenix market," he said. "We have every expectation it will continue to grow."

Chapin's projects come at a time when the Phoenix market is undersupplied, but an active construction pipeline is moving it closer to equilibrium, said Peter O'Neil, research director for Northmarq.

P.B. Bell Cos. built this $49.5 million community in Mesa. Called The Landing at Fiesta Village, the 220-unit project at 1310 W. Southern Ave. is now leasing.

O'Neil said the best way to track whether the Phoenix market is undersupplied is to look at the area vacancy rate.

While there's concern nationwide of some markets becoming oversupplied, metro Phoenix isn't at risk — at least in the near term, O'Neil said.

What it means for investors

In February, he paid $193.5 million for the 356-unit Roadrunner on McDowell, then turned around and sold the 288-unit Mountainside apartments for $132.5 million in March. He also had sold the 312-unit Arboretum at South Mountain for $118.25 million last December.

All of those deals were brokered by Cliff David and Steve Gebing, executive managing directors for Institutional Property Advisors, a division of Marcus & Millichap (NYSE: MMI).

Competition for apartments in Phoenix led to 170% sales volume growth and 98% growth in the total number of transactions in 2021, David said.

"As a result of competition, many California-based investors pushed eastward," he said. "The ensuing battle to secure much sought-after multifamily assets in prime submarkets broke sales price records throughout the Valley."

A wrestling scholarship got him into Cal Poy Pomona, where he graduated with a bachelor's degree in urban planning and a master's in business and public administration, and later completed postgraduate studies with a Ph.D. in urban economics.

With more than $1 billion invested in multifamily properties in Arizona, Khaloghli said he isn't stopping any time soon.

"I would love to invest more in Arizona," he said. "I love this place. I'm very optimistic things are going to work out."

Even so, Khaloghli said he's concerned about the rising rental rates.

As rental rates are increased, he said it's important to make sure that landlords don't hurt the tenants in the process.

Rents for a one-bedroom apartment in June were up 17.5% in metro Phoenix compared with this time last year, according to the latest National Rent Report by Zumper.

Phoenix ranked as the 41st most expensive rental market in the nation in June with the median price of a one-bedroom apartment landing at $1,340 and a two-bedroom at $1,680, according to Zumper.

The apartments P.B. Bell Cos. has been building in the Valley range between $1,500 and $2,400 in monthly rents, depending on the number of units and location of the property.

Bell said he's been selling his properties once they stabilize.

"We generally sell more than we hold onto," he said. "A lot of that depends on the market. Pricing today for apartments is pretty aggressive. There is a lot of interest for investment in the Phoenix metro area. It's still a seller's market."