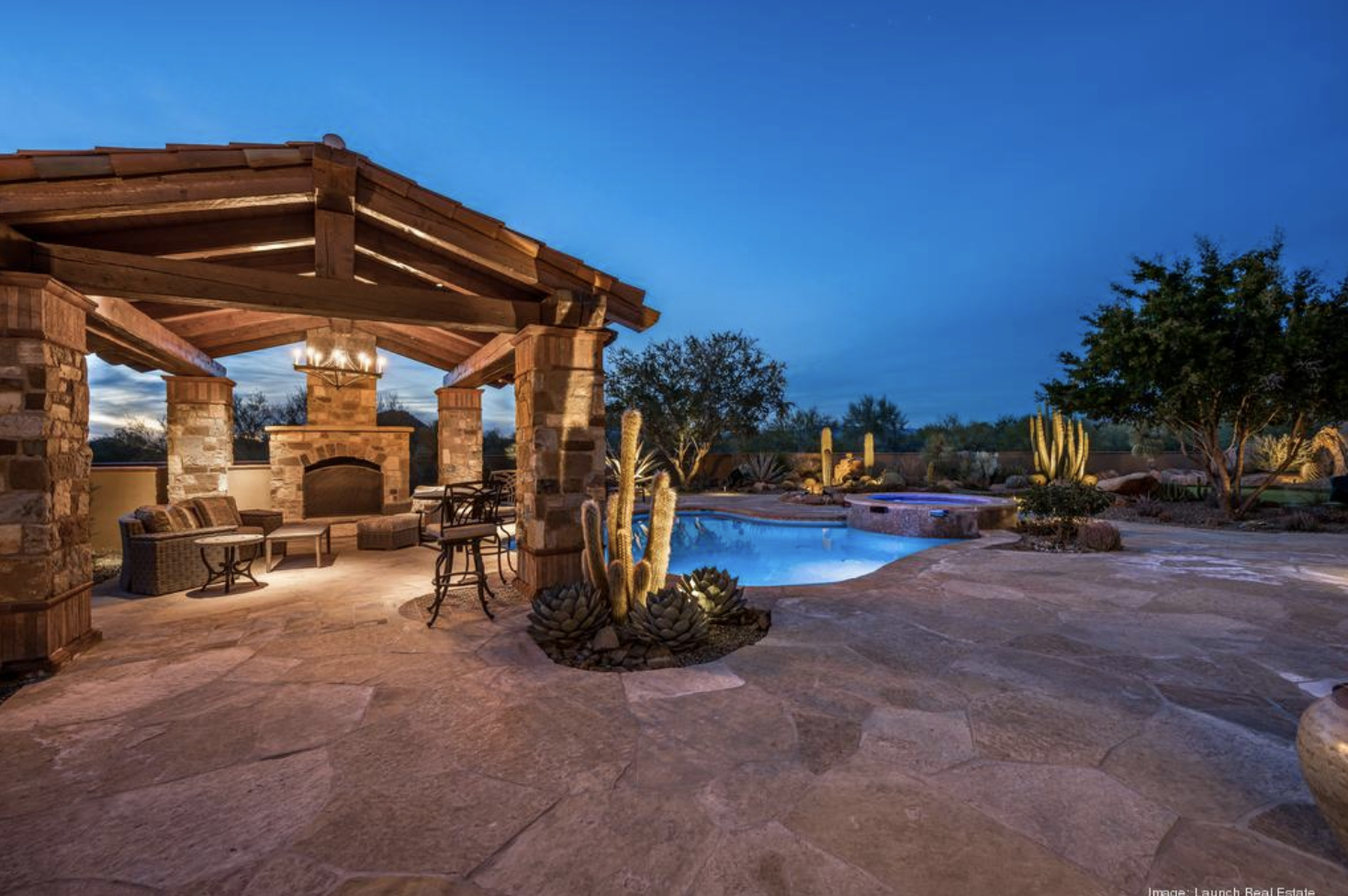 Nationwide, a record 8.2% of U.S. homes — representing 6 million residences — were valued at $1 million or more in February, according to a Redfin report.

As more Californians move to metro Phoenix because of the cost of living, they come loaded with cash, ready to buy mansions on huge parcels. In the Valley market, 7.8% of homes were worth at least $1 million as of February, up from 2.8% a year earlier, according to Redfin. That translated into Phoenix making the national ranking at No. 22 for percentage of homes on the market valued at over $1 million.

Arizona luxury brokers are seeing the impact of astronomical home prices in California.

Carson Eilers, designated broker for Original Realty Co. in Scottsdale, said his largest influx of home purchasers are coming from Californians after selling their high-priced homes on the West Coast.

"That puts them in a strong position to purchase luxury homes here in the Phoenix area, which has pushed home prices even higher," Eilers said. "The luxury market has its lowest inventory ever."

Luxury home costs on the rise

As of March 14, there are only 88 homes for sale in all of Paradise Valley, with the lowest price at $1.38 million, he said, adding he expects it to sell above that price.

Eilers said he expects the cost of luxury homes to continue to rise.

Chris Morrison, founding partner of RETSY, said he's recently seen a surge in buyers from all the major California cities, as well as from Seattle, Boston, New York and Washington, D.C.

"I think the pandemic has brought people present to the importance of living where they want to live," Morrison said. "Also, the ability to work from home has made people rethink their housing possibilities. Why be crammed in a 1,200-square-foot condo in Manhattan or a small town home in San Francisco when you could purchase a beautiful home in Paradise Valley? People's priorities have forever changed due to the pandemic."

"A good portion of California buyers and other out-of-state buyers are relocating their primary residence to Arizona," he said. "The niche demand is particularly high for modern contemporary inventory."

Keith Burton, Realtor for The Rider Elite Team in Scottsdale, said the Valley only has 14 days of single-family home inventory, down from 10 to 11 months supply during the 2005-2006 housing bubble.

Of the 3,358 single-family homes listed on the Multiple Listing Service on March 14, 595 are priced at over $1 million, Burton said.

Looking at Arizona Regional Multiple Listing Service data, Burton said there are 2,763 homes priced below $1 million, with an average list price of $545,020, or $276 per square foot.

For those homes on the market above $1 million, the average list price is $3.04 million, with an average 5,066 square feet, he said.

Here are the top 10 most populous cities with the highest percentage of homes worth at least $1 million based on Redfin and MLS data and public records.