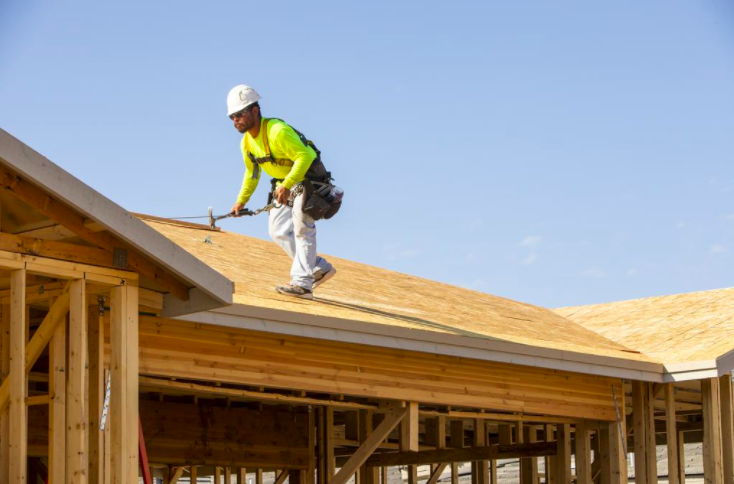 New home demand is on an uptick in metro Phoenix, according to new report by Zonda market research firm.

Demand was up 7% in mid-November compared with mid-October, according to Zonda's latest housing report.

Within the past 30 days, Zonda tracked a total of 1,783 signed new home sale contracts.

Compared to the past few years, demand in mid-November was down 29% from a year ago, but up 4% compared to two years ago when it was a more normal market environment, said Steven Hensley, advisory manager for Zonda.

"This is notable as there are 21% fewer actively selling subdivisions now than compared to the same period two years ago," he said. "This means builders are actually selling more homes on average per subdivision than two years ago, and suggests demand is still healthy even after considerable new home appreciation."

"While demand has remained consistently strong, we've seen an uptick in October and November, months that typically experience a seasonal decline in demand," Attwood said. "Our outlook heading into 2022 is very strong considering the current dynamics we're seeing."

Jeff Gunderson, senior vice president of land operations for Lennar Corp. (NYSE: LEN) said business has been relatively steady through this slight swing. He said the Miami-based builder continues to sell every home it starts.

"Lennar's business in Phoenix is not being affected by small shifts in sales that may be impacting others," Gunderson said. "Since a few months after the pandemic hit in 2020, we have been basing our business on our home production capabilities — not the sales we make. The market continues to be strong enough for us to sell all the homes we can build."

So far this year, a total of 159 new home communities opened for sale around the Valley, which is 34% fewer than during the same period a year ago, as builders are working to backfill new communities as existing communities sell out, according to the new Zonda report.

Of the 442 now-active metro Phoenix new home subdivisions, 69% would sell out within the next 12 months if all communities were selling at the average rate of sales experienced over the last 12 months, according to the Zonda report.

While lot supply is low across metro Phoenix, several developers are working on master-planned communities to bring more lots to the market, from Superstition Vistas in the far East Valley to Rainbow Valley in Goodyear to the 1,500-acre Bella Vista Farms in San Tan Valley.

This increase in new home demand comes at a time when home price growth in metro Phoenix continues to lead the nation.

Phoenix reported the highest year-over-year gain with a 33.1% increase in September. Tampa was right behind Phoenix, with a 27.7% increase, followed by Miami, with a 25.2% year-over-year gain, according to the latest results of the S&P CoreLogic Case-Shiller Indices. Nationwide, home price growth was 19.5% in September, down a bit from 19.8% in the previous month.