Will the Valley's housing market crash this year? Experts weigh in 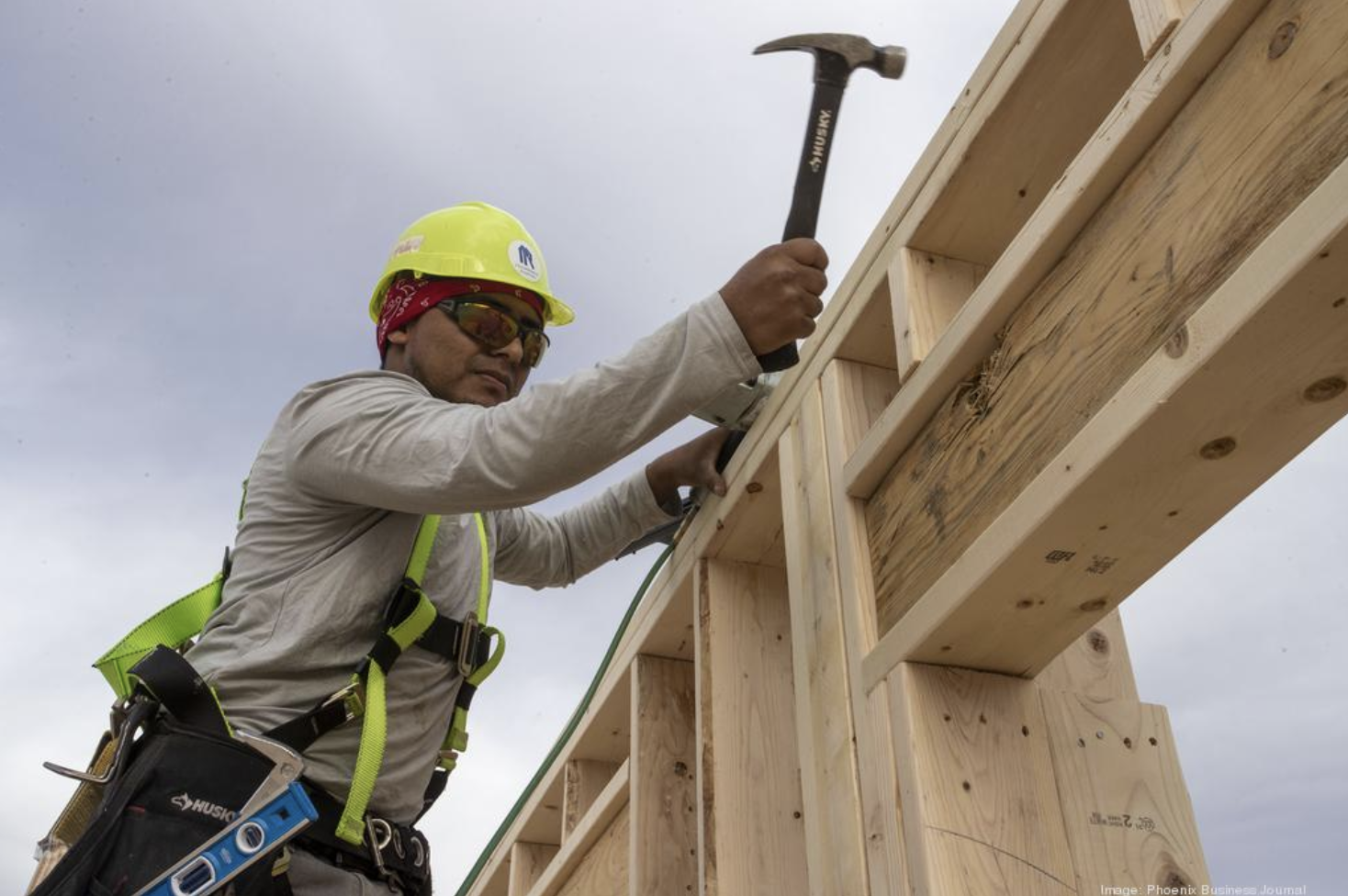 "Two years ago, you had predictions by Moody's that said we'd have 20,000 jobs being created in the Phoenix marketplace," Jones said. "Moody's today is predicting over 100,000 jobs being created just this year in the Phoenix marketplace. So with the number of jobs and the lack of supply that exists in our marketplace and the quality of life that is here and the desirability of people moving here, unless there's something catastrophic, I just don't see that happening."

"We continue to have large migration from California, Texas, Illinois and Washington," she said. "We really are restricted on supply. We can't build houses for the demand, and you can't have a bubble pop if you don't have enough to sell."

The average single-family home in California is priced at $1.1 million, compared with $449,000 in metro Phoenix, Smith said.

Julie Rohr, panelist and partner at ROCO Luxury Homes, Forbes Global Properties, said she is seeing homebuyers also coming from just about everywhere, including the Northwest, Midwest and the Rockies.

"It's really between the job growth in our market and the number of individuals with the cash to buy a second home or a third home," said Rohr, who focuses on the luxury market.

"The average sale price for a detached single-family home in Phoenix as of December was $613,000," he said. "Your average monthly mortgage is a little over $4,000."

Those numbers are driving many people to rental units, he said.

In December, the average rent was for a traditional apartment unit and $2,064 for the build-to-rent unit.

"It's on average around $7,500 cheaper to lease, and I'm not even including what it costs to put down on a down payment," he said. "Over on the multifamily side, we're seeing the highest occupancy rates we have literally ever seen in the Phoenix market, when we're at 97.4%. The highest we ever were prior to this was in the late 1970s when the boomers were graduating college and just starting off their careers, which jump-started the huge construction boom of the 1980s."

Between 2010 and 2014, only 6,000 multifamily units were delivered, which Brophy said is basically nothing.

"And we're the 10th largest MSA in the country," he said.

As mortgage rates continue to increase, Jones said he's seeing an influx of homebuyers rushing to buy a new home before rates ratchet up even more.

"So when rates initially do go up, you do have a lot of fence sitters that decide it's time to buy because I need to buy before they go too high," Jones said. "So we've actually seen an increase of buyers out there as a result of this initial pick-up in July."

In the luxury market, Rohr said she's not seeing buyers turned off by any rate increases at this time.

So far, interest rates have not become a detriment to slowing the demand, Jones said.

"It's just a question of how fast they do go up as to when that will start to have a more significant impact," he said.

For the 30th consecutive month, metro Phoenix topped the nation in home price growth, with a whopping 32.2% year-over-year home price increase in November, according to the latest S&P CoreLogic Case-Shiller Indices released Jan. 25.

Increasing costs for land and supplies will continue to push up those price increases, Jones said.

"As a result, there's a need to continue to push prices to deal with those costs," he said.

As long as there's demand and homebuyers can afford to pay for those increases, home prices will continue to grow, he said.

Wages have increased along with home price growth, Smith said.

"So the question is, will the appreciation outpace the wage growth," she said. "That's when you'll probably run into a pricing issue."

"We're experiencing supply chain issues like we've never experienced," Jones said. "And it doesn't matter whether it's a garage door or an appliance, cabinets or roof tile, and that's disruptive to our current market situation."

Even so, he said, labor is an even bigger issue.

"So we have a very significant change in the Phoenix marketplace for demand on labor," he said. "So what's happening, is labor moves from one trade to another, and we really need a greater skilled labor market and we need to attract labor from other markets."

Yes, labor is a huge challenge, Smith said, but she sees the supply chain as an even greater challenge.

And it's going to get even worse, Brophy said, as commercial projects like the Taiwan Semiconductor Manufacturing Co. and Intel Corp. rev up.

"All of those projects represent at any given time, it's going to be $20 billion plus in construction that's going to be active throughout greater Phoenix," Brophy said.

Rohr said some of her luxury market developers said they're having trouble getting concrete poured.

"I was told that it was the big data center being built out in the northwest that had basically commanded all the concrete locally," she said.

Smith added that the semiconductor manufacturing plant is taking a huge amount of concrete.

Jones said it will be essential for homebuilders to create an environment to attract labor.

"The goal is to be a builder of choice to try and create a situation where the labor does want to work for us because there's a scarcity," he said.

All these challenges are impacting the ability for homebuilders to build homes fast enough to meet demand.

"Our build times have increased from approximately five to six months pre-pandemic to about nine months now," Smith said.

Jones said Lennar also was within the five to five-and-a-half month time frame before the coronavirus pandemic hit in March 2020.

"And we're closer to seven-and-a-half to eight," so we've seen it increase by a couple of months," Jones said. "It's very much a challenge."